I have already done so many applications of raspberry pi here on Yantraas.

And the interesting part about all of these articles is that they are all dependent on external hardware.

While having an external dependency on hardware was the demand of the topic under discussion.

But you also need to be aware of the fact that there are many creative ways in which you can use the pi.

One such arena of application is using a raspberry pi independent of any external hardware.

And that by itself is a great topic to discuss, wouldn’t you agree?

Especially if you are a beginner at using a raspberry pi, it is probably best to leave the external hardware interfacing part till you are well versed with the working of your Pi.

The projects that use raspberry pi as a sole unit are usually deployed in applications where it is required for the pi to be ON all or most of the time and act as a great learning experience for beginners.

Here are the top 10 projects that you can create using a raspberry pi without the need for any external hardware.

Let’s briefly look at each of these projects one by one.

Because you are interested in this article on raspberry pi projects without hardware, here are a few more articles that I think you will enjoy reading

Probably the simplest and yet the most useful project that anyone who has a raspberry pi can take up is creating a file server.

You see we are living in a weird world.

From writing texts on stone scriptures to little chips holding terabytes of data we sure have come a long way.

The reason I am painting this historical picture is that today we have so much data on our hands that we don’t know how to organize it.

It’s a bad organization method and it leads to a lot of hard drive space wastage.

A better way would be to centralize all the data that you aren’t immediately using in one separate space.

Anyone who wishes to use the data can use it as and when it is required.

And what better and not to mention economical method than creating a file server using raspberry pi.

Of course, you would be seriously limited and won’t be able to create a full-fledged web server as is provided by hosting companies.

However, if you wish to host a lite single-page website a raspberry pi is a very good option.

If you are someone who wishes to understand how servers and websites work, I can’t think of a better project.

Not only is having a resume website a great way to showcase yourselves but having the skill of developing a web server using just raspberry pi is a skill in itself that can go up on the very website that you can create.

There are many ways of creating a web server on a raspberry pi.

For beginners and for standard web servers I would recommend going with something like Apache.

This will also give you an opportunity to learn about MySQL and PhpMyAdmin.

One use that is seeing rapid deployments especially with the arrival of raspberry pi 4 is in creating a game server.

Another big reason why we are seeing raspberry pi used as the game server is that creating one is pretty straightforward.

All you really have to do is ensure that your raspberry pi is connected to your main network and install the server application of your game using the command line.

While there are many game servers that are pi compatible the one seeing the most action is Minecraft.

Other games that are seeing similar uses are Quake, FreeCiv and Terraria, and OpenTTD.

If you are into games and looking to put your raspberry pi to use that doesn’t require additional hardware, using it to create a game server will appeal to you.

In the first section, I explained how you can create a file server using raspberry pi and centralize your data.

If you want, you can go a step further and create a server that will serve you and anyone you choose your favorite media files.

You see within our files also, one set of files that need organization essentially are our media files.

Most of the time we don’t bother organizing them and even if we did, almost all the time you will create copies of them when sharing between people and devices.

If all this sounds familiar creating a media server using raspberry pi is the answer to your needs.

While you can use many media server software to achieve this, using plex is my favorite.

Usually, when you think of a VPN you will probably imagine a paid subscription plan that enables rerouting your traffic density from a different geographical location.

While that is indeed a good option as far as security is considered you also must be aware of the fact that it isn’t the only option.

Additionally, the service will cost you around $5 to $10 a month, which is usually fine for most people.

But using OpenVPN and a raspberry pi you can create a much more economical VPN setup and use your home internet connection as a VPN.

What you need to be aware of is that using this VPN you won’t be able to spoof your traffic intake to an overseas location.

You also won’t be able to hide your identity completely as the traffic will apparently come from your home network.

However, it’s a great option if your demands aren’t as strict and if you want to give yourself some extra security when using public Wi-Fi.

Of course, you don’t. Nobody does. What kind of a question is that even.

What if I were to tell you that you can get rid of these annoying adverts at the network level?

Well, that’s what a raspberry pi-based pi-hole does. It’s a hole for ads you see.

So, if you can successfully create a pi-hole using a raspberry pi you won’t have to install ad blockers in every single device that you use.

Just install Pi-hole once on your network and it will protect all your devices from annoying adverts.

And the way pi-hole works is pretty different from how the usual adblockers work.

And for this reason, if you successfully deploy a pi-hole on your network it will even remove annoying ads from weird places like in-games and smart TVs.

So many people who have nothing to say, saying so much.

And that too in 280 characters. Anyways, if are an exception to that and want to use it for the global good, here is an excellent project.

You can actually create a tweeting bot using raspberry pi. Once you have established everything correctly you will be able to post any tweet or data point periodically.

It’s actually pretty easy to accomplish this project. All you need to do is write a script while implementing the Twython package.

Pretty fun project to do in my humble opinion.

Yeah, I know this doesn’t actually fit into the whole ‘no external hardware‘ pact that we have going on here but it is just such a fun project to undertake if you can spare some hardware.

Classic gaming enthusiasts have for long hungered for a base system upon which they can build a retro gaming station.

The introduction of raspberry pi into the digital world was almost like a dream come true.

The combination of raspberry pi 3 and the RetroPie distribution can come together to create a nice emulation system that is capable of playing games from systems like NES, Sega Genesis, Super NES, Game Boy etc.

So, if you are a 90’s kid like me and have cherished the classic games of yore I think creating a retro gaming console can be a very good idea.

While we are discussing the classic entertainment expression of the yore, how about an FM eh?

Yes, you can deploy our handy little raspberry pi to create a low-power FM transmitter for yourselves.

This can be a great project to undertake if you are a high school or college student. You see almost everyone who is studying electronics at some time is required to create an FM transmitter using coil and similar electronic devices.

Take the project to a whole new level by creating an FM transmitter using raspberry pi.

You know what’s incredible, creating an FM transmitter using raspberry pi is a very easy process. It will take a maximum of one hour provided you know all the basics of raspberry pi.

All you will need really is an FM receiver and a 20-40 cm plain wire to the right GPIO pins to act as an antenna, and you, my friend will be ready to broadcast.

Here are all the files that you will need.

Create A Print Server With Your Pi

Yes, but it’s not the hardware that you will buy for a raspberry pi exclusively, will you?

You can just use it to enhance the functionality of a printer that you most likely already have.

So, do you have an old printer that you love but to which you have no wireless access?

No need to think of ways to dispose it off. All you really need is a raspberry pi that is connected to your home network and a print server software to rejig it’s working.

CUPS will aid in providing you drivers for your printer and an admin console that you can work with.

Once all this is done all that is left is to configure your Pi to ensure all computers on the network have an access to the printer and that is it.

You just created your own printer software.

I hope those 10 raspberry pi projects without hardware will motivate you to pick up a raspberry pi and create something useful for yourselves.

By no means am I declaring that there aren’t any more raspberry pi projects without hardware apart from what we have discussed here.

You see when it comes to practical electronics and raspberry pi, the sky is the limit.

Who knows maybe you have some better ideas that I can append to this list.

If you do, do let me know in the comments section below and if it does appeal to the masses I will make sure to includes it in this article.

Do not leave without subscribing to the blog as I would love to know everything about you in person.

Take great care of yourselves and I will see you around. 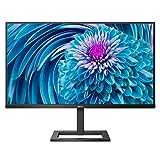