I have been receiving so many queries from my readers to cover image-based applications of the raspberry pi.

Well, bending to popular demand, I think you can safely consider this as a starting point of me covering more sophisticated image-based applications of Raspberry Pi.

For the select few who are reading this post and don’t know what OpenCV is, here is a quick rundown.

OpenCV is short for Open Source Computer Vision and it is a library that contains programming functions and processes images and videos in order to identify objects, faces, and subtle things like handwriting.

OpenCV and raspberry pi is a very potent combination. Think about it, a credit card-sized computing machine capable of identifying faces, images, and objects.

I don’t know, what is your experience level of working with the Pi but that has to excite you, despite it.

In this article, we are not going to discuss any of those projects but something equally important nevertheless if not more.

Installing OpenCV poses to be a bit of a pickle for many first-timers.

In this article, let me share with you the easiest way to install OpenCV on Raspberry Pi.

Before you go ahead with learning how to install OpenCV on your Pi, here are a few more articles that I think should harness your interest, you can go ahead and open these articles on a new tab or bookmark them for later.

Now if you want to deploy your raspberry pi for image processing projects, you need to install OpenCV on it.

So, how to install OpenCV on Raspberry Pi quickly and easily.

The reason I saw it quickly and easily is because there are two ways of installing OpenCV on the Pi.

In this article, because we are just discussing the easiest way of installing OpenCV on raspberry pi, we are going to discuss the pip installation method.

It is fast, easy to do, and should work on most beginner and intermediate image processing projects.

That being said, there will be certain libraries and algorithms that won’t get installed with Pip.

If your project needs the involvement of the full library, you will have to adopt the second method and build OpenCV from the source.

This official documentation will help you with that.

In any case, if you face problems in building up the complete OpenCV library, let me know in the comments section below.

I will add it in my planner to add an article on building the complete OpenCV library from the source here on Yantraas.

But for most people, this simple way of installing OpenCV should be enough.

You will see further in this article that I will be installing OpenCV using the contrib modules.

If you want an even lighter installation you can do so by installing OpenCV-python should you choose to do it.

So, let’s begin by doing the first obvious thing,

Setting Up Your Raspberry Pi

Of course, in order to be able to do anything with the Pi, you need to set it up first.

I have already created all the necessary posts to help you do just that. Find them below.

If you are a beginner, I highly recommend going through all of the mentioned articles to develop a comprehensive understanding.

For intermediates and people who have had some time elapsed since they last worked with their Pi here is a quick rundown.

Here is everything that you are going to need.

Okay so here is what you do once you have each of these things.

Once you have set up and booted into the OS environment, there is one last thing that you need to do before starting the OpenCV installation.

And that is to ensure that your Raspberry Pi uses the full SD card.

This is how to do it.

Open the terminal and type the following command,

This should open a window as shown.

Once that is done reboot your pi using the following command.

Once the restart process is complete, you can make sure that you are now using the maximum usable memory by using this command

Finally, make sure that everything is updated before we move on to the next steps.

Use the following command

Once you have done that we are now ready to go ahead and install OpenCV on Raspberry Pi.

Now that we have properly set up our working environment let’s get pip and use it to move ahead with our installation.

Use the following commands in this order.

I mentioned in the starting section of this article that if you are not choosing the complete OpenCV libraries, you can further use one of the two ways of installing it.

You can choose to install it for the complete system or you can use a python virtual environment.

If you are looking for portability or if your project demand is as such you can use the python virtual environment and you can use varied libraries with different projects on the same system.

But there isn’t a lot of complications involved in either of the installation process, so I will explain both of them here.

This is the command that you are going to use

And that is pretty much it. This will start the installation process.

When working with python it is usually a good practice to use python virtual environments.

For beginners who aren’t too versed with what it, python virtual environment is nothing but a secluded development or testing environment that you can use for your project which is completely isolated from other operating environments.

There are many virtual environments to choose from like conda, pew, pipenv etc. but given the use case, I recommend going with virtualenv and virtualenvwrapper.

Now let’s go ahead and establish a virtual environment, after which we will install OpenCV.

Use these commands in order.

After the installation is complete open the ~/.bashrc file using the following code

When the file opens up, add the following lines of code at the end of the file.

Once you have done that save the file and exit using ctrl+x, y, enter.

You will have to reload the ~/.bashrc file in order to initiate the appended changes of the bash session.

Use this command to do just that,

Once this is done, you can initiate a virtual environment using any name you wish by using the following command.

And you are basically done.

So that was the easiest way to install OpenCV on raspberry pi for you.

Once again, yes, this particular way of installing OpenCV on raspberry pi is relatively fast and easy but it has a catch.

Many advanced computer vision projects would want you to install and build the library up from the source.

Or in other words, do a get assessment of your project requirements and do a complete install of OpenCV, which the pip installation won’t give you.

So now that you have learned and understood how you can install OpenCV on your Raspberry Pi, you can proceed on with the project that you may have in your mind.

There is a very good chance though that you are a beginner and don’t exactly know what kinds of cool stuff can be accomplished by this potent combo of raspberry pi and OpenCV.

If that indeed is the case, here are some applications that you can subject your raspberry pi loaded with OpenCV to,

And many, many more.

You see, I agree this will be a bit advanced for many first-timers. But don’t let that discourage you. In a recent article that I published, I relayed how learning by doing is probably the best way of learning practical electronics and raspberry pi.

So, say for instance you have learned how to install OpenCV on your Raspberry Pi, you can pick one of these projects to move from an intermediate pi user to an advanced one.

In any case, if you aren’t ready to take those steps, I have many articles here on Yantraas that will prepare you for it.

When it comes to Raspberry Pi or electronics for that matter, the two things that are going to remain true throughout are QUESTIONS and BUGS.

And you can’t avoid it and know that I understand that.

In this article, the topic that we have discussed is the easiest way to install OpenCV on raspberry pi.

But I understand that any and all articles falling under the categories of DIYs, Raspberry Pi, Arduino, electronics, etc. need to be dynamic and organic in nature.

And therefore, I am appending this section of frequently asked raspberry pi questions here.

I will cover some important questions that I feel you would have in some parts of your mind.

But it won’t stop there. If you have any other questions in your mind write them down in the comments section below and if it happens to be an important one that addresses the masses, I will include it in this section.

How to check OpenCV version in Raspberry Pi?

Just open up your terminal and type,

You should get your OpenCV’s version as the output.

You can also use python to know which version of OpenCV is installed. Use the following commands

The cv2.__version__is just a string that is used to split the version into its major and minor release form.

Can MATLAB run on raspberry pi?

Although, MATLAB can be installed in a 64-bit Linux OS, Broadcom to date hasn’t released blobs for running a 64-bit Linux Distro. Hence, you won’t be able to install MATLAB directly on the pi however with the R2018b release you can run your MATLAB developed code on the Pi as a standalone executable.

I hope I was able to make this article on the easiest way of installing OpenCV on raspberry pi as comprehensive, insightful, and informative as possible.

I fully understand that working with computer vision, python and the different Linux commands simultaneously on a project can be a bit too advanced for many beginners.

You definitely don’t need to be an absolute expert to work on these kinds of projects but you definitely need to have some groundwork.

You can also look at it this way, if you are an absolute beginner and aren’t ready to work with image processing as yet, you can keep these kinds of projects as a goal or an eventual benchmark you would like to reach.

From there on, the sky will be your limit.

Don’t forget to subscribe to the blog, so that I can send cool stuff like you just read and more directly to your mailbox.

Take care of yourselves and I will see you in the next one! 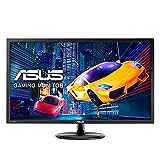 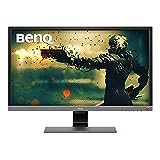 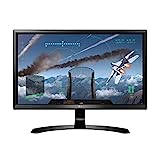