Home » Blog » Electronics » Do Inverters have Surge Protection? | 2-types of Inverters to Avoid!

Circuit protection has always interested me. When I started college, I thought electronics engineering was about building cool stuff like robots.

And it is. But that’s not the whole picture. Engineering, or otherwise, is about making things with due consideration to limits.

When building something, conditions are always involved, and there is no perfect system. There are resource constraints, budget constraints, environmental limitations, and whatnot.

You have to build the best out of the resources you have. That’s engineering in a nutshell.

So, that’s my inspiration behind this article on surge protection and inverter generation.

Once you have designed a product and it does what it does, you must ensure its safety and longevity.

That’s where electronic surge protectors come in. With this article, let me cover a few inverters and circuit protection topics that I often get.

Do inverters have surge protection?

There are so many inverters from so many brands. And most of them include circuit arrangements that protect circuits they power from surges and spikes, but you can never be sure.

It’s my advice to go through your inverters manual at least once to be sure. Besides, you will learn how to take care of your inverter and the devices it powers better.

What are Surges and Spikes?

Let us start with the very basics.

What is the difference between surges and spikes?

Once you know the difference between them and how surge protectors work, you can use them strategically to protect your devices.

A spike is a sudden increment of voltage or current that comes through the grid.

On the other hand, a power surge happens when a device draws excess current during its operation. This current continues to flow through the circuit and may cause potential damage to the connected devices.

A power spike is a high-voltage pulse (up to 6000V or more) that lasts only a few milliseconds. On the other hand, a surge lasts longer and carries relatively less voltage than a voltage spike.

As spikes last for a small duration, the chances of equipment failure are less. But owing to the high voltage value, the probability of catastrophic damage to sensitive equipment is always there.

There is also a chance that the equipment may not fail right away, but the device may end up with weakened semiconductor parts, eventually dying.

As I said, you can never be too safe. It is always good to use additional power line filtering and voltage clamping for expensive and sensitive equipment.

They can stay in the grid anywhere from 15 milliseconds to several minutes.

While the time they last are longer, their voltage value is significantly smaller than power spikes.

A reasonable estimate is that power surges are 10% to 35% above the average line voltage. Lower-quality generators are notorious for mismanaging surges.

Although modern generators and power supplies do an excellent job of filtering out surge voltages, even the manufacturers suggest that for extra sensitive devices, surge protectors are a crucial thing to have.

Worth a Read Given the Context: Can you use an Old Power Supply for a New PC?

Now that we are in a place where we understand what surges and spikes are let us take the discussion further.

Do inverters and generators create surges?

Most modern inverters create clean signals free of unwanted harmonics. These inverters have high-quality filters that prevent surges from entering the grid and causing potential damage to connected appliances.

What about standard generators? The mechanically operated one that you use with your RVs in camping?

Well, the standard generators do tend to produce some current and voltage fluctuations.

Although the fluctuations aren’t powerful enough to cause appliance damage, one can never be too careful.

These standard non-inverter-type generators operate at a speed of 3600rpm. They give out an excellent constant stream of power but occasionally may generate sporadic signals.

These signals aren’t powerful to cause any damage to connected devices but if you are using these for camping having surge protectors is necessary.

Another crucial aspect to consider when shopping for generators is whether they are pure sine wave or modified sine wave generators.

Types of Generators based on Signals

You may have heard the term ‘pure sine wave‘ in generator lingo.

A pure sine wave generator produces a very filtered, clean signal, similar to what is produced at the grid.

Modified sine wave generators are known for having additional harmonics on their output that can potentially negatively affect connected devices.

So, if you already own a modified sine wave generator getting a good surge protector should be the top item on your shopping list.

I recommend getting a pure sine wave generator if you use devices like laptops, routers, DSLR cameras, audio devices, gaming PCs, etc.

The chances of inverters creating surges are meager as they only generate current needed by the connected appliances.

How do Surge Protectors Operate?

Now is the perfect time to understand how surge protectors operate.

Once you know more about how surge protectors work, you can select the right one for your needs.

The concept behind their operation is straightforward.

The way to diffuse generated voltage is to connect it to a space of low potential or ground.

The surge protectors contain Metal Oxide Varistors or MOVs that channel generated surge voltages to the ground. The excess current will not travel to the connected appliances, thereby saving potential damage.

The surge protectors can channel heavy voltages but aren’t immune to damage.

In their protection cycle, surge protectors take heavy damage because of the large current but protect the connected appliances in the network.

Surge protectors are generally cheap, but it comes down to selecting the right one for the job.

If continuous surges aren’t causing permanent damage, you can be sure they weaken the protectors.

If you live in a place or have an arrangement that produces a lot of surges, it is always a good idea to have spare protectors and timely replace them.

There is also no way of predicting whether your surge protector can stave off the next surge.

Be conscious and timely replace the surge protectors associated with crucial devices. They are relatively cheap.

So do you need surge protectors with inverter generators?

Yes, it is advisable to use surge protectors if you are using standard generators. Modern inverter generators contain circuits that generate a filtered output free of harmonics, but I recommend using surge protectors with sensitive appliances.

I was once visiting a forum where one of the users commented how he saved his home electrical network from voltage spikes resulting from a tree falling on the main supply line due to a storm.

The core point of the discussion is that you need to start looking at surge protectors as necessary devices in your home electrical network.

They are affordable, can play a vital role in protecting sensitive circuits and appliances, and even save you a lot of money on insurance premiums if you are strategic about it.

If you are out buying an inverter generator, chat with the tech consultant to see if it contains an inbuilt surge protector.

If not a surge protector, it must, at the very least, have good filters that cut off spikes and surges.

Even if you get a high-quality inverter, start looking at a surge protector as an essential piece of equipment that you should install in the right places in your home.

If you have further questions, email me by subscribing to the box below.

You can also post your recommendations and advice for the article or the blog in the comments below.

Take care of yourselves, and I will see you at the next one. 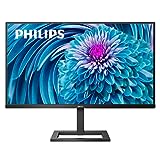